Polenta shortcake in a time of crisis

I have enjoyed the way my friends have come out to 'entertain' during the lockdown  Susan, a friend in Warwick, knits tiny little figures and has posted such an amusing time lapsed 'for now silent' film of her mini dinosaurs emerging from knitted eggs which this morning got me in fits of laughter and I am most certainly the wrong side of 10.

However I am old enough to do kitchen things unsupervised...and this time washed up quickly afterwards, so Mr S has a treat without the usual kitchen clean up afterwards payment. When I saw

POLENTA SHORTCAKE IN THE TIME OF A PANDEMIC

from a regularly viewed blog called Italy on my Mind there was a huge urge to try this. Now that I have baked this, I must thank Paula and send her a big kiss xxxxxxxxxxx

Just a couple of days before viewing thispost,  I had checked through the 'ingredients' cupboard and had found a small bag of Polenta.  I can't remember what I had bought it for originally but it was well within date and had decided to find something interesting to inspire me to use it.
I had even started to search through a set of Regional Cooking of Italy which Vicky had given me a few years ago. 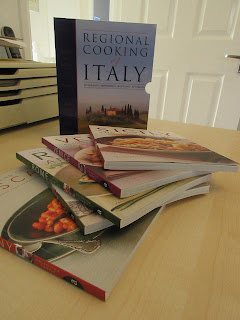 When I read Paula's recipe it said 'yellow polenta not the instant sort'...I had to go and check.  Yes I had the right type. As for figs there would indeed be something wrong if there were no figs in the cupboard.  As well as salt, figs are something I hunt for when on holiday and almost always bring some back.  I had a great time searching for figs when we were on holiday in Dubrovnik. 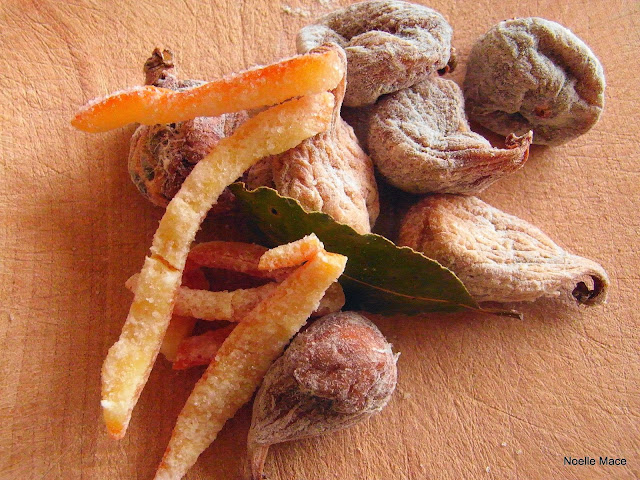 Late yesterday afternoon which not my usual time for baking, I just had the urge to loose myself in a new recipe.  I had no Pine nuts and substituted some lovely green pistachios.  These were in one of glass jars on my open shelves where I love to display choice ingredients, just for their beauty, and to remind me to use them frequently.  In another jar were large dark raisins which were maturating in some Marsala Wine, and I also added some freshly zested orange from my breakfast orange.  I still have four oranges, and will use every bit ......even the pips can be used to extract pectin. 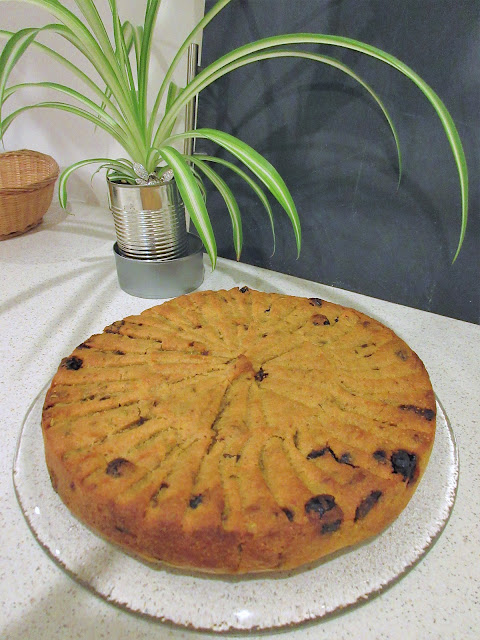 A little light dusting of the white stuff...

Mr S asked if we could have some for dessert. When I said it had to cool first he said I was the greatest tease.......I made him wait but later when it was cool, relented: a piece each for a very late desert!  Accompanied of course by a little glass of Marsala Wine....they ought to serve a piece of this at Cantine Floria during the wine tasting of the Sweet Marsala.  Writing this, the memories of that holiday on Sicily have just come flooding back. Mr S and I reminisced and now a return trip to Sicily is on one list. 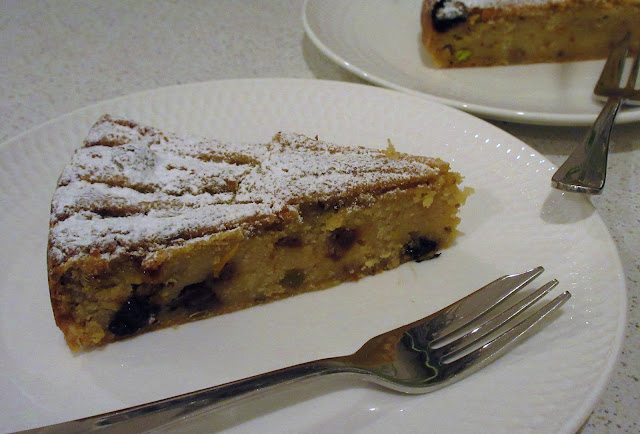 At this stage I would normally have taken some to some neighbours...but this would break the rule for isolation.  When this is all over I think another street party is in order, and I shall make a version of this and call it Polenta Shortcake to Share with our neighbours.
Posted by Stasher at 08:16