I had planted some Narcissi Thalia for the first time last Autumn.  They were in one of the wettest parts of our clayey garden, and have come through the winter well.  I had hoped to put some of the three flowered stems in the Daffodil  Society's show which is held in Henton, but that also has been necessarily cancelled.  They have comes through the sunshine and strong winds unscathed, and deserve to feature at least once.... 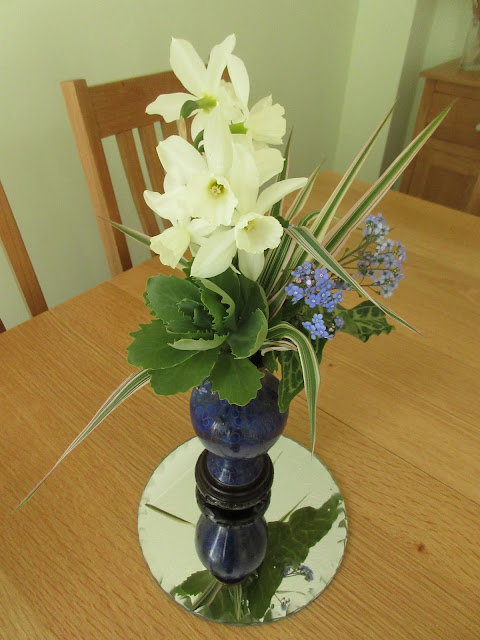 In the vase this week:


I seem to be stuck for words this week.  Words escape me, I am not even my chatty self, I think it is the strange situation we are in.......

Linking in this week with Cathy with her Stark Contrast arrangement
Posted by Stasher at 13:18