In these times, we can definitely say that three nights away in a Hotel in the same county counts as a holiday. We walked each day.

On our way down we stopped at Kilve Beach for the first time, having found a nice small car park at East Quantoxhead. 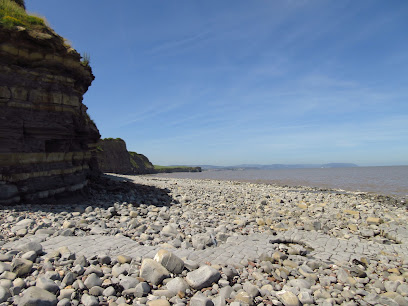 Walking along the wave cut platform was almost like walking on a pavement. 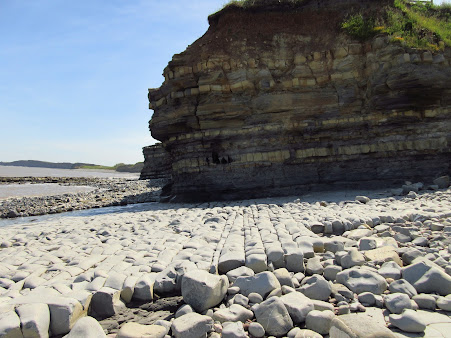 There are some dramatic cliffs with clear layers of various sedimentary rocks,  and we happened to arrive at low tide. looking out for a few fossils held us stone hopping for a little while. 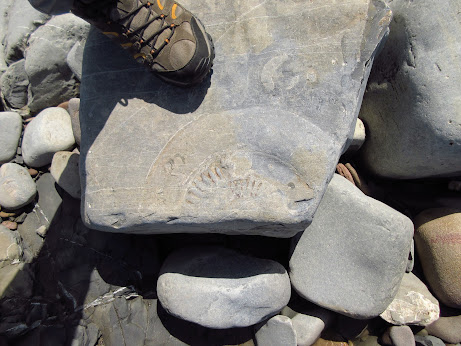 Our next stop was Dunster Castle where we have stayed before, we had lunch under the shade of the trees, then took a walk around, and not before stocking up on oats from the shop, as the mill was closed to visitors.

Having arrived at our Hotel, we settled in then went for a small walk exploring the small hamlet and the beach with large rounded bolders.

Our first full day entailed at walk into Porlock, along the footpath skirting inland around the Salt Marsh. 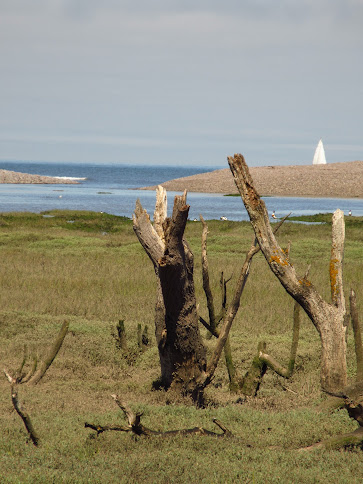 It has its own beauty, but you can tell that it had been good farmland, but since the shingle ridge was bridged around 25 Years ago, the salt water has poisoned the ground as far as trees and ooriginal vegetation is concerned, which is now replaced by a mixture of brine tolerant plants .  We saw a couple of pairs of Grey Heron and Shell Ducks on the water, in amongst the tidal marsh. 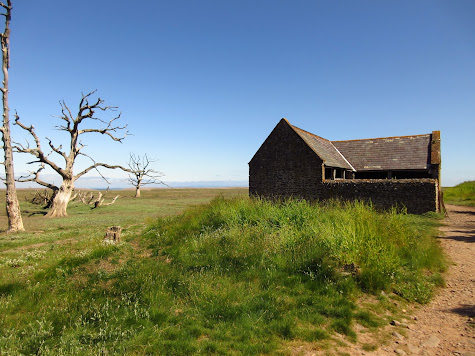 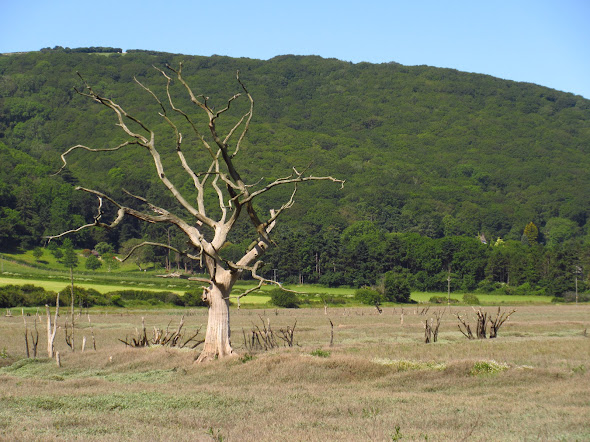 as did the f farm building, now abandoned. 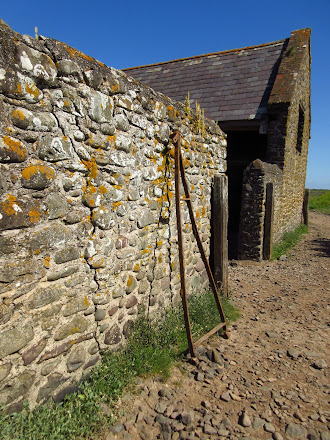 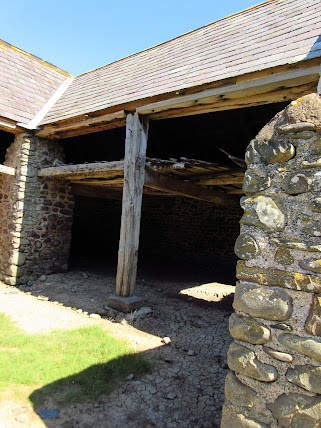 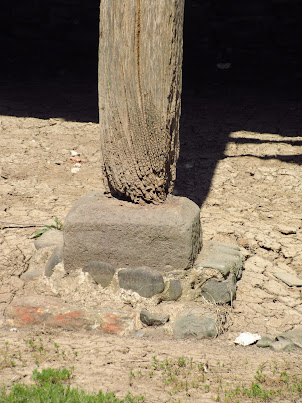 I wonder how old the Yew Tree is? It is thought 1000 years, and maybe even 1500. From an old an ancient stump, a young branch with greenery, as if grafted, such is the contrast in age and vigour, afforded a little shade for a short rest, before checking out the eateries and settling on a teashop. 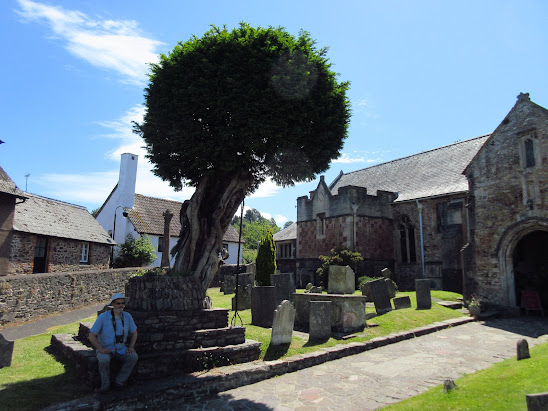 We walked back along the woodland walk, with the hillsides mainly covered by Sweet Chestnut, holly and oak, with a few ash trees, as well as a few Rowan.  In the afternoon we visited some gardens. 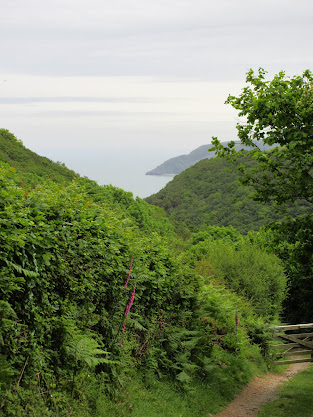 Day two saw us walk through the Culborne Woods to visit what must be among the smallest churches in Britain: St Beuno. My walking sticks were a great help on the steep woodland paths.
Both the wooded sections and the walk along lanes in steeply rolling farm land were breathtakingly beautiful.  On this cooler north facing slope the Foxgloves were still fresh and formed colonies along the woodland edges.  When we came out into the farming area, attractive old Farmhouses were dotted along the route, including this fine looking stone one.
It was about the best week for the various forms of campions along the footpaths. 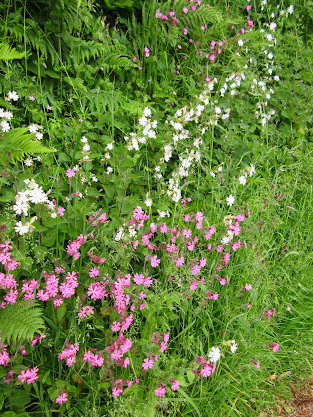 The pale yellow and more golden forms of 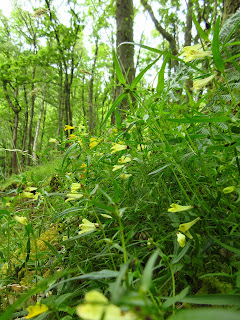 Common cow-wheat:  Melampyrum pratense  highlighted  woodland path edges.
Close to the end of our Walk at the Bottom of Worthy Combe, a road with a toll, with no pedestrians or cyclists permitted... 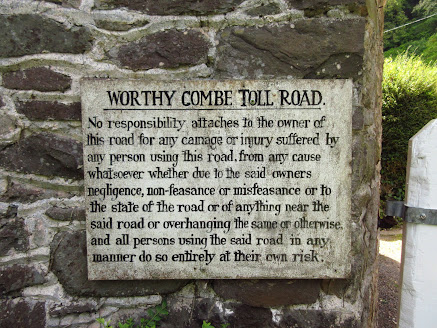 It has the most picturesque of Toll Houses... 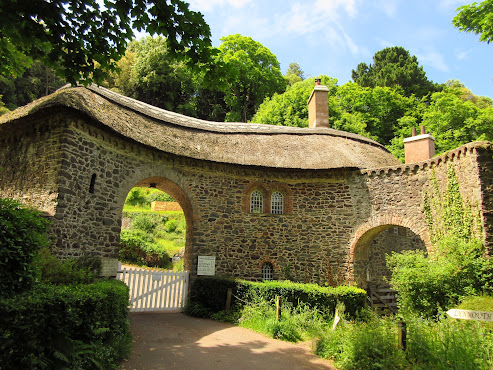 Back in Porlock Weir we had a delicious lunch from the Art Gallery/cafe then wandered along the shore line just enjoying the views back towards the woods and the boats in the small harbour. 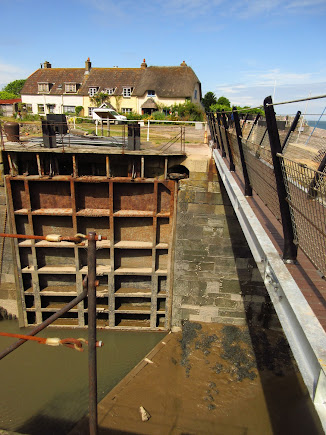 So what did we bring back as souvenirs...happy walking memories, a few bits of sea washed twigs and a few jars of dark local chestnut honey. 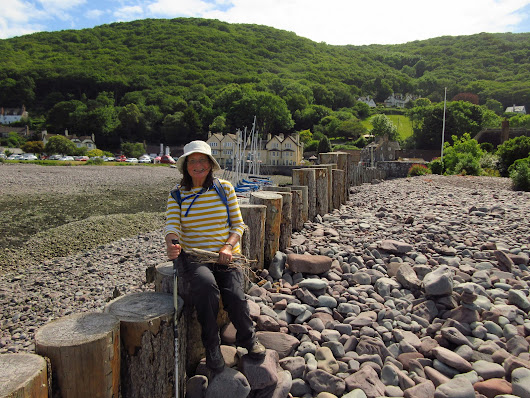 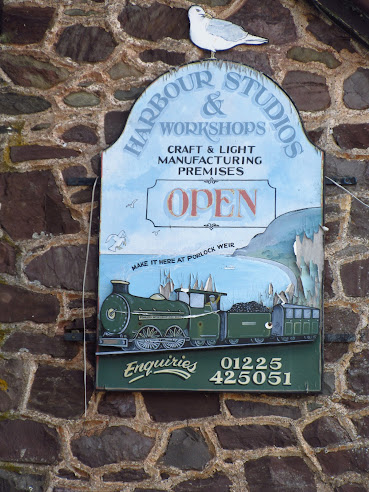