A Bird in the Hand - Chicken with prunes in red wine

I'm often inspired by friends' recommendations, so when Mandy revealed her 'presents to herself' and one of them was 'A Bird in the Hand' by Diana Henry, I added that book to my Libraries West list.  I had an email this week to say that it was in.  Having brought it home, I have been dipping in and reading recipes during the waiting for the coffee to cool times etc. 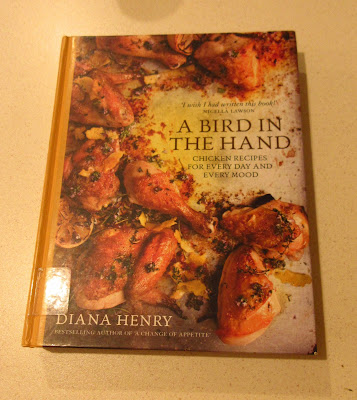 Before I go farther, I must say thank you to Mandy and other friends real and blogging ones too who share their finds, through a conversations caught when meeting up with friends in the street or at other gatherings etc.

I've cooked with prunes before, usually a gamey affair, and also cooked with red wine, but I wouldn't have considered using these with chicken.  As the chicken went through its various stages, layers of flavour were added.  The final touch was the herb crust. 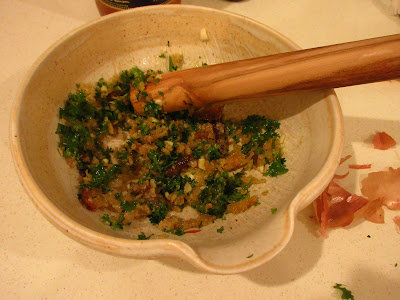 The only thing I added was some lemon thyme from the garden, just because I had it and love thyme and chicken. 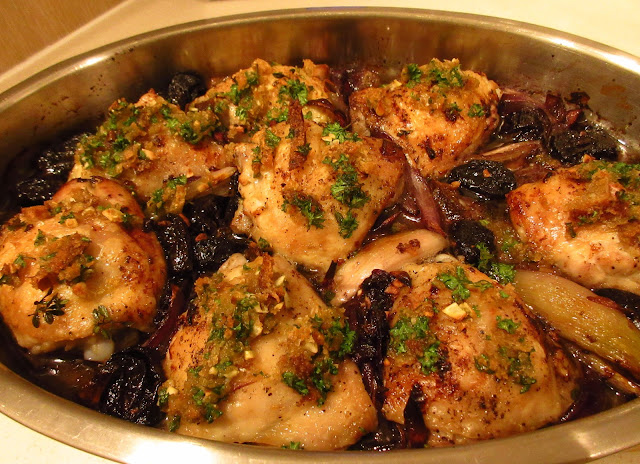 I'll be ordering this book...and removing a couple of older books from the shelves.  The only recipe so far that I probably won't be cooking here is the 'ginger beer can chicken' as we don't barbecue, but it sounds fun and maybe I would like to try it. I may suggest we cook this during the Summer as part of our WI gourmet club.