Sowing the seeds of a new journey

They say a seed can only grow if the soil is ready, and the conditions too, for that particular seed.  The seed too has to be viable, and if space is limited, worth growing.

I am going to stop there, as this could lead me down the garden path, which is a place I love to be.  The other place I love to be is at the start of a new adventure.  Not too daring, not one that will take many air-miles, or cause any more pollution than is necessary, but an adventure that has the potential to enrich my life.  If it is an adventure will be based on food and eating and the Kitchen, I am ready.

It will be a journey, and an adventure and Mr S is 'behind' me.  I don't think he has a choice really, and I am sure he will greatly enjoy being my 'pack carrier' and bless him: washer upper.  I have probably been in training for this journey which will be an adventure, for which different other seeds were sown, from my earliest years.

Food and eating: good food and 'moderate' eating, has since I can remember, been one of my greatest pleasures.  Buying/growing and preparing food is one too. Whether it was 'standard' fruits and vegetables grown on volcanic soils under a semi tropical sun such as bananas, pineapples, mangoes, pawpaws, lobsters, fruit bats, hedgehogs and venison, or enjoying other delicacies such as imported olives, which my father adored, or coming back to England and enjoying iced lemon buns, and the wonderful wholesome dishes at my Grandmothers, I have always been adventurous.

A few weeks ago I happened to be listening to BBC Radio 4 Food Programme on the topic of 'how to get Sour back into your life'. ( How long the Programme will remain viable in the link, I cannot guess). At the time most probably, I was making Sourdough, which is another sort of sour.  Of course we love my chutneys, some of which I post on my other blog.

From the library, I am enjoying reading Mark Diacono's prose on

sour/the magical element that will transform your cooking 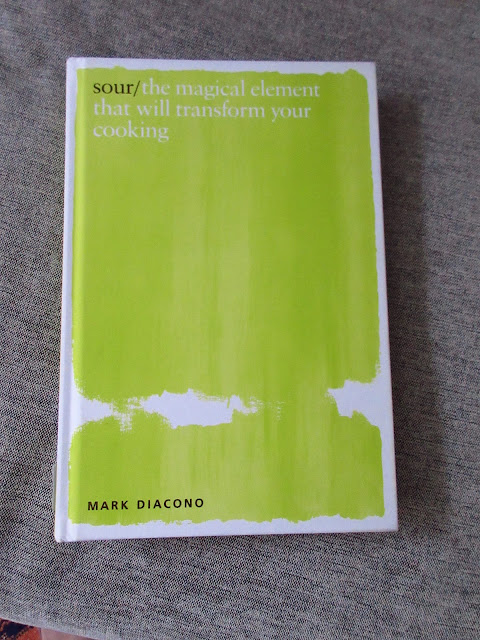 I had started to dip my toes in a not unfamiliar pond, and am now a regular in the making of kefir.  I had been making kefir around fifteen years ago regularly, but something went wrong with it, and not having access then as we do now, didn't understand properly the needs of the kefir grains, which after some time, just died!  This time I am enjoying my kefir in all sorts of ways.

I happened to have ordered Fermentation by Asa Simonsson at the same time.  Reading up and planning is part of the excitement before a new journey, which I also enjoy. 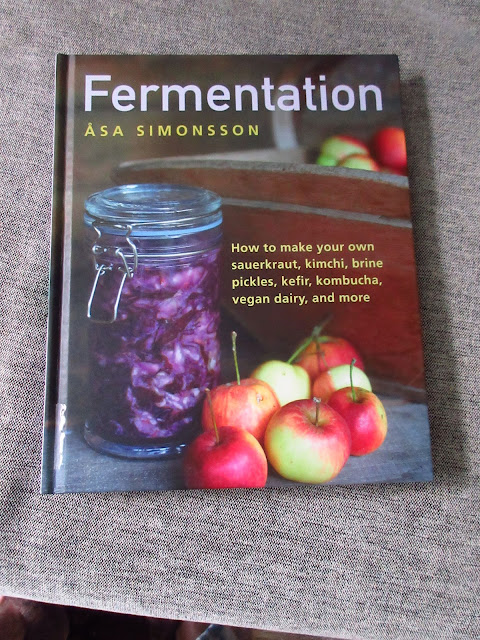 When I popped round to my special salad leaf supplier: Frances, and we were talking about this and that, she invited me to taste the Beetroot Kvass she has recently made.  I love beetroot, I love salty...she poured a little in a small bottle for me take home.

I had been hearing and wondering for some time about preserving without vinegar.  When I was about eight, I heard my grandmother talking about salting down, and bottling garden produce for the winter...but how she cooked and ate them, I haven't a clue.  I suppose this sort of preservation points back to the days before electricity.  They lived in a part of Lincolnshire where electricity only arrived in the early 60s. My parents also make a type of Achard which used many of the techniques, which I enjoy making and more importantly love to eat.

Earlier in June, on our way back from our holiday in Devon, I wanted to stop off at a plant nursery on my HPS list...White Post Nursery near Wellington.  We had a little turn there...and it was near lunch time, and on cue Mr S asked 'what are we doing for lunch'?  He had gone back to the car,  and I had just returned from having a second tour of the nursery on my own, and I took it as a hint that I had spent too long looking at plants.

I said how about trying that cafe there...just on the side of the car park.  In we went, and I was amazed at the love and  thought put into the assembly and display of a myriad of fresh produce, and the deliciousness of the lunch.  Sadly it is a little too far from home or else I would be a regular!  I knew just by seeing the bread and other baked goods that this was my sort of place.  If you are in the vicinity of The White Post Cafe, do please plan in a visit.  With a few leaflets to hand, which I was pointed towards when asking about who supplies their bread, I came away with information about The Bakery which used to be on the other side of the hard standing but had now moved a little way away to Tracebridge: Tracebridge Sourdough and Fermenteria.

Not surprisingly after we had settled down after our holiday, I looked into Tracebridge, and fancied maybe one of their patisserie courses.  As we were in thick of decorating, the thought was parked.  However after the tasting the Kvass...and being determined to beat off the winter blues and in need of an adventure, last week I checked to see if they had any Fermentation classes.  Yes there was one only a week away, and only one place left.  I am on it!