Here in South West England we have escaped the floods, but it has still been exceeding wet.  The design of the back garden with gravel paths and stepping stones is paying off, as I have been able to go out and pick herbs and do a little gardening around the edges.

One
In the gravel area the Eryngium Silver Ghost looks safe enough from excess wet.  After having been given the seed by John Massey earlier this year, it was sown straight onto gravel and after emerging early spring it has been growing on except for being a little nibbled by pest unknown.  I had so much seed from the couple of seedheads and after I had cleaned and sorted the seed had sufficient to share with a number of friends. 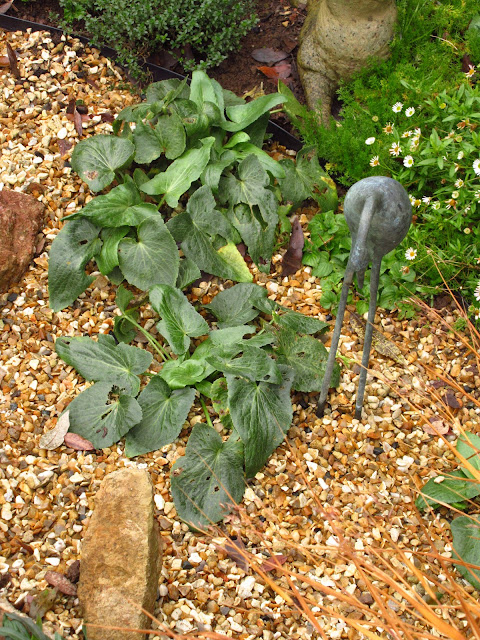 We have had our first frost which left a white glaze over the rooftops, and slowly the leaves are turning and falling.  I have two Ben Sarek blackcurrant bushes in this bed, bought in February 2018.  Instructions on fruit growing advise that the stems are cut back low when planting.  Nothing wasted here, and from these I took cuttings and earlier this year I planted up all the rooted cuttings near Gooseberry corner.  I would like to keep this area clear for growing salads and other little bits of veggies, so after I have picked the fruit this summer, they will be dug out. 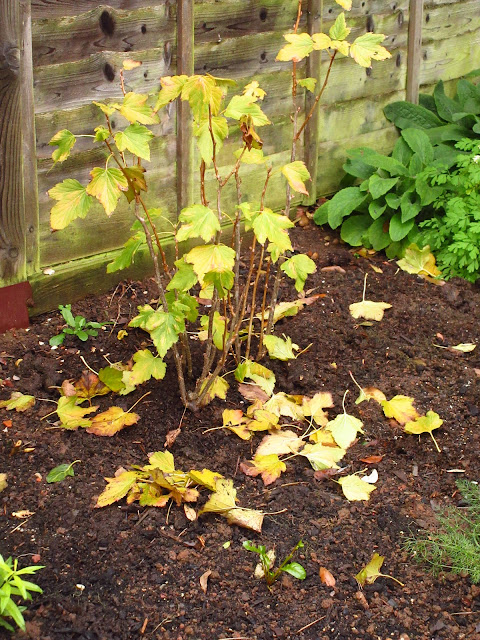 The Acer continues with its glowing bright leaves, but today I could discern a little bare twig so it must have its place this week, as it may well be bare next Saturday.  Acers in neighbouring gardens are also putting on a great show this week. 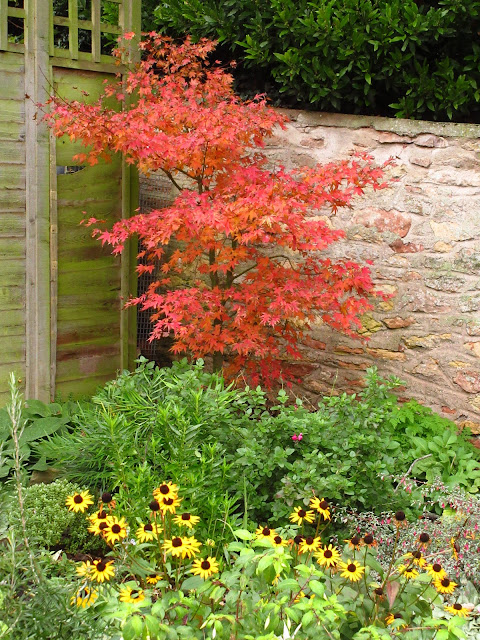 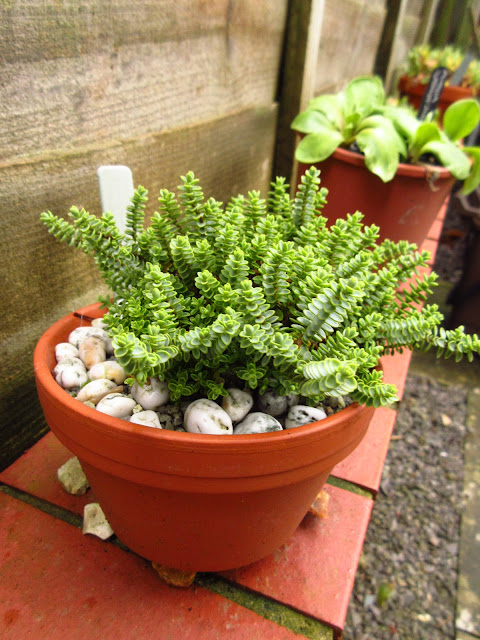 The smallest shrub in the garden is still growing in a pot, and I think it will remain a pot shrub. Hebe Buchananii Minor will take about 10 years to reach 10cm x 15cm.  I first acquired it early 2017.  I think I would need tweezers and a magnifying glass to take and make cuttings.

Contrasts in colour, form and texture can help bring interest even when flowering is over.  Here Euphorbia dulcis 'Chameleon' has bounced back after a trim and with its flat matt purple colour is contrasting nicely with the adjacent silver and green variegated leaved  Lamium maculatum 'Beacon Silver'. 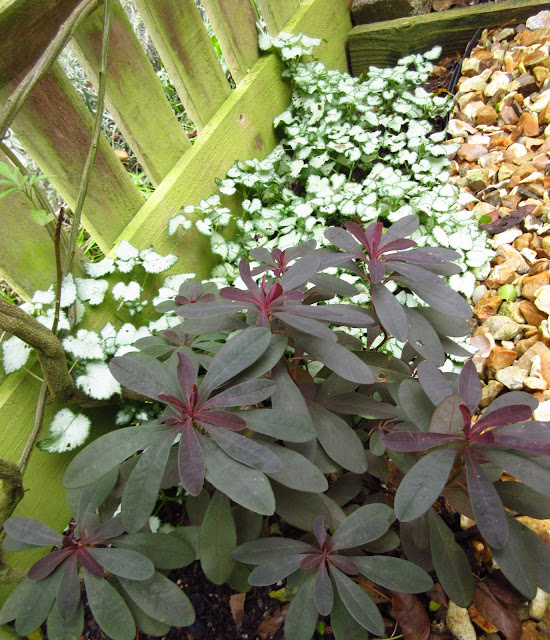 Still flowering in November are the three Agapanthus Charlotte.  This is a sterile cultivar and doesn't set seeds.  These are planted out in the front garden which is taking on a 'Mediterranean' theme.  I planted them quite deep, and will be heaping up the bark over the crowns.  Maybe it is risky leaving them out,  let us hope they come through.  Had I known at the time of buying them that they are borderline hardy I may not have bought them.  I think these will feature next week in my In a Vase on Monday post. 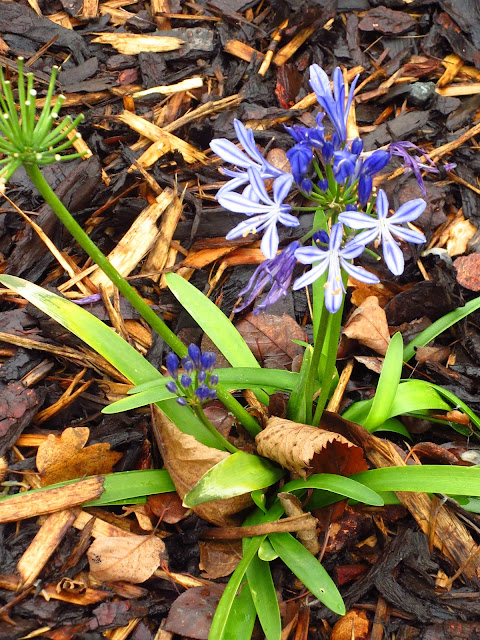 Its off to see what the Prop and other have posted this week.....soggy sagas for sure.
Posted by Stasher at 17:35