I haven't picked up my knitting needles since I finished these socks in July.  What with one thing and another, but now it is cooler, and I have received the hint that I am not sitting down enough, it was time to look through my knitting bag, sort it out and think of something interesting to knit. 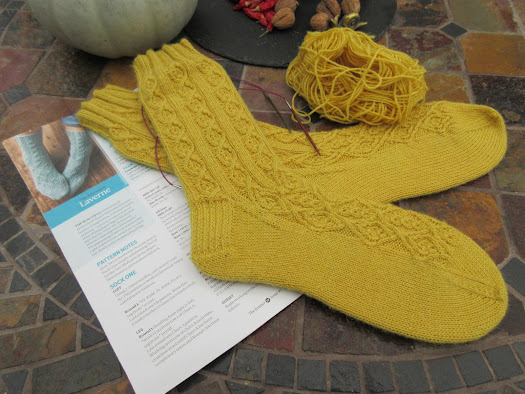 When I came to pack these socks away, I found that I had knit the same pattern back in 2016.  There they were nestled up in my stock of new socks box.

I've decided to move along and knit some wrist warmers to send to my sister.  I'm trying out a pair to judge the construction as I would like to knit ones that are longer in the arm for her.  I found a pattern on Ravelry called Spatterdash which I am attempting, but may well try different patterns after all, they are probably a little quicker to knit up that socks, and will make surprise Christmas Presents. 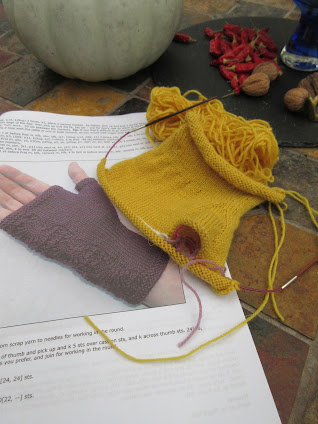 With all the challenges to use less fossil fuels, but the importance of keeping warm and comfortable, I think that wool will be making a great comeback, not that it ever fell out of favour in this household.