There are several things that tell me, and hence I feel to my core that Summer is Over.  It is now too dim and cool for us to have week day breakfasts in the conservatory, starting this Monday, and since the weather has turned the cups of tea on the Patio when Hubby returns from work are probably not going to last for long even if the sun comes out, as soon, the clocks will change and it will be too dark!

I've been poorly for the last few weeks with a bug, which seems impossible to shift.  I have had bouts of energy, well enough to do the usual things, but then I have had to rest.  This has not been helped by the underlying sadness of having had to get rid of our two pears trees and plum tree due to disease.  I've contacted the RHS and been told there are no controls available to the amateur.  I do not think the exceedingly wet spell we have had helped, yes there were some before the drought.

After clearing and having a good dig around, incorporating manure etc, I am reluctant to replant with new trees or shrubs.  I shall divide perennials up and replant the areas.  I feel the bones of the garden have been lost.  I have a couple of shrubs growing in tubs, and have positioned them in the gaps to ease the eye.

What is great about having a local nursery, and also having a great owner, is that if you ask you often get.  Let me explain:  I have been looking for a Controlled release fertilizer which I mix up with my potting compost for my succulents, and other plants in pots.  At one time the better outlets used to carry Osmocote, but that is not now the case locally.  Anyway last week I got an email only days after asking Sara at Hintons about this, to say it had arrived.

Not only did I get the Osmocote,  a big tub of feed for my roses next year, but also some plants!  That cheered me up. 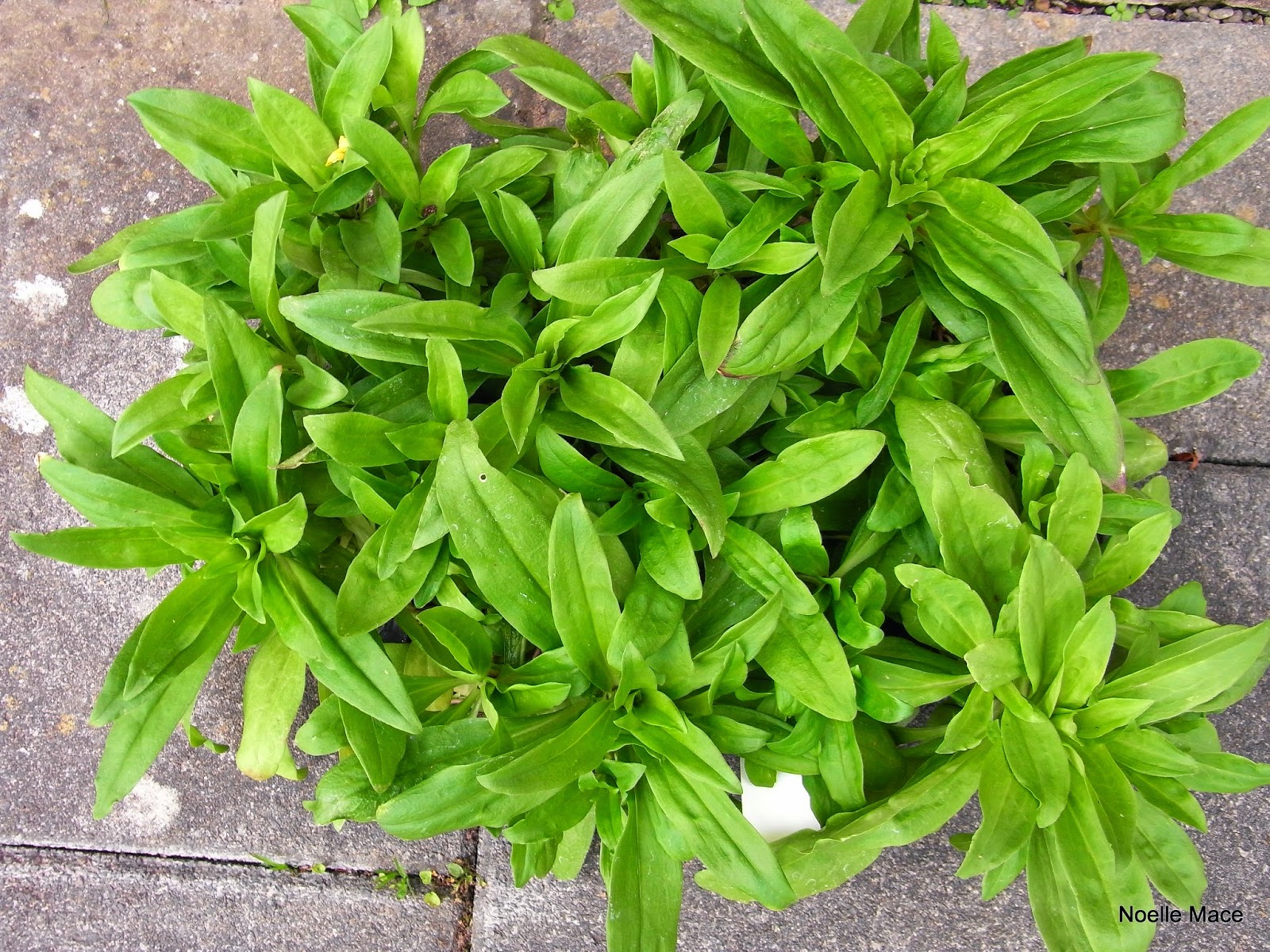 I bought some Sweet Williams, which I have never grown before, but I wanted some flowers to cheer me up this coming spring, and I hope I shall have some good stems for my posies.

A quick walk around the shrubs at the nursery, and one really stood out for me.  I bought it just because I loved the puckered deep maroon leaves.  I decided I would plant it up into a bigger pot, and it could ballet round the garden filling gaps in differing places during the seasons.  I knew nothing about the plant, but somewhere at the back of my mind I felt I had already 'bonded' with it, before I saw it. 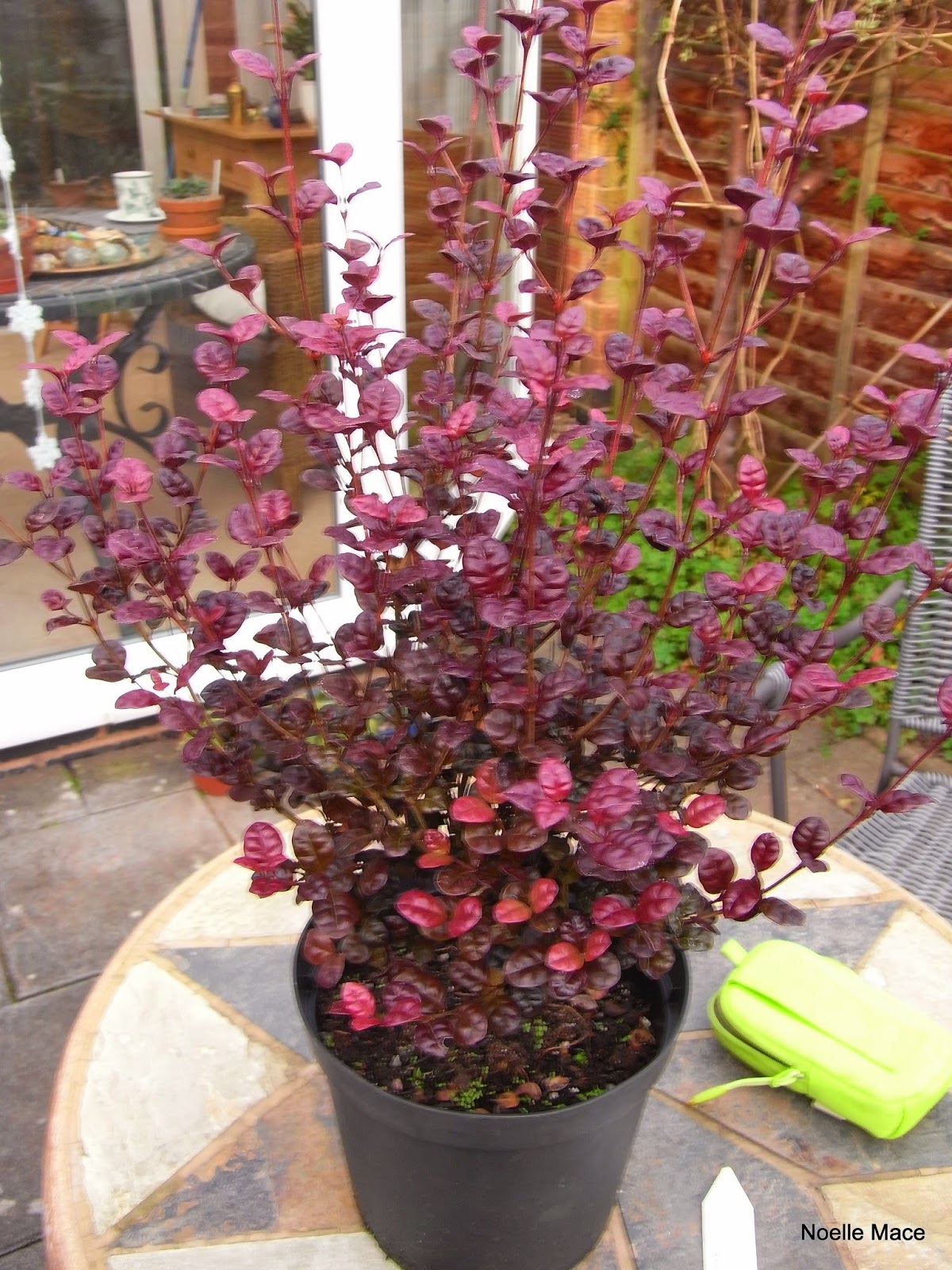 As soon as I got home, I looked it up, and was intrigued to find that it was part of the Myrtle group.  Plants which start with Luma, lophomyrtus, Ugni and Myrtus are part of this group.  In the mediteranean we have seen tree sized specimens, as well as on Tresco on the Isles of Scilly, where I could not resist stroking their amazing bark.

Just before going out to plant up the new tub, I was having a drink, and leafing through some back issues of 'The Garden', as I do if I sit in the conservatory with a cuppa.  There it was:  the article called Royal and Ancient in July 2014.  I remember reading the article which had helped me to identify my  Luma Apiculata Glanleam Gold.  The back issues slide very nicely out of site, beneath the bottom shelf of the Console in the conservatory.

I am delighted with my new shrub, and have planted it in a larger tub, together with some rooted cutting of Parahebe lyallii, which  is a very pretty low shrubby plant with pretty small white flowers.  In between  I pushed in some little winter aconite tubers.  I have a couple of winter aconites somewhere in the garden and looking for them during the first months of the year along with the snowdrops, pulls me back into the garden on sunny days.  For now the pot is by the patio window where I hope the squirrels won't venture to dig up the tubers.

I first acquired the little Parahebe by asking for some cuttings around 20 years ago, and since then have propagated them every few years, and so they have moved around with me.  This August when I was trimming back the plants, I put a few cutting in a pot, and all of them took.  D loves plants with little flowers and he always notes this one in the garden.