Since my last birthday, I have gradually been claiming my six special treats.  This was my fourth one, and I was promised a dessert item for the weekend.  Even though I love baking, its a treat for someone else to make something, as the taste and smell is so more intense if you have not been immersed in it during the cooking stage.

I had to make myself scarce, but I guessed that since yeast was asked for that it would be a special dessert.  I even started to think that it may have been rum baba, since it was shown recently on one of the Bake Off master classes.  I love rum babas, I have since I know not when.  I made the big ones in rings many years ago for dinner parties, and when in Italy or France or anywhere where there is rum baba in patisseries or in restaurants, it is almost certain that I will 'plump' for them...which could explain why I am plumper when I get back off my hols.  I am a bit of a purist, but am starting to be more flexible...I had not thought of making rum babas as we have only 4 dariole moulds of the right size..but they did show the babas on the master class baking in varying sized moulds.  Mr S baked them in a large muffin tin tray.

The main course cleared, this is what was brought in 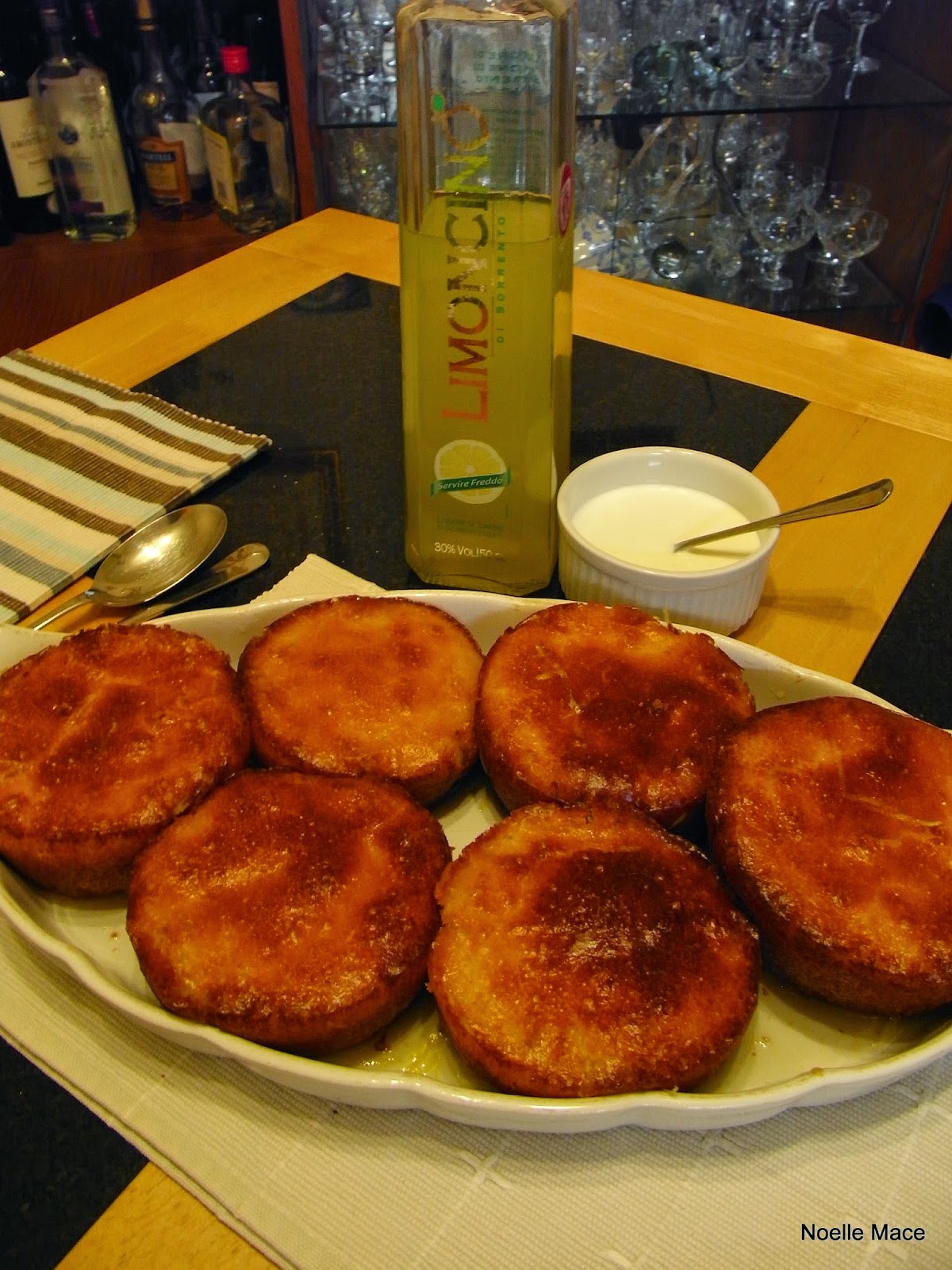 This is the first yeasted item Mr S had made, and he chose to make Limoncello Babas from The Hairy Biker's Big Book of Baking.  They were sensational.  Well just one for one serving, with some cream on top, its just about the best desert I have had.  This is the recipe halved, and I think the whole would easily make 15 portions. 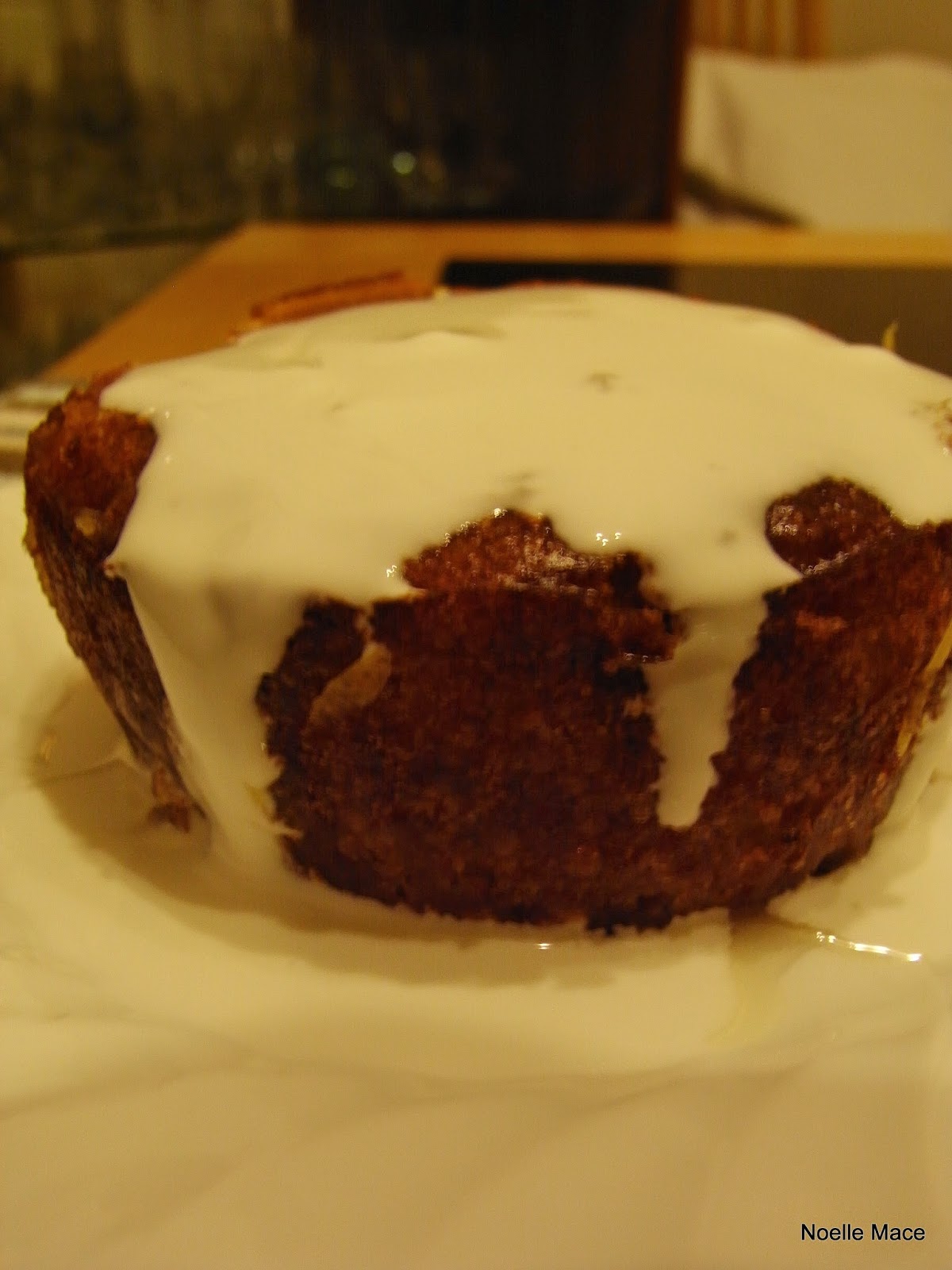 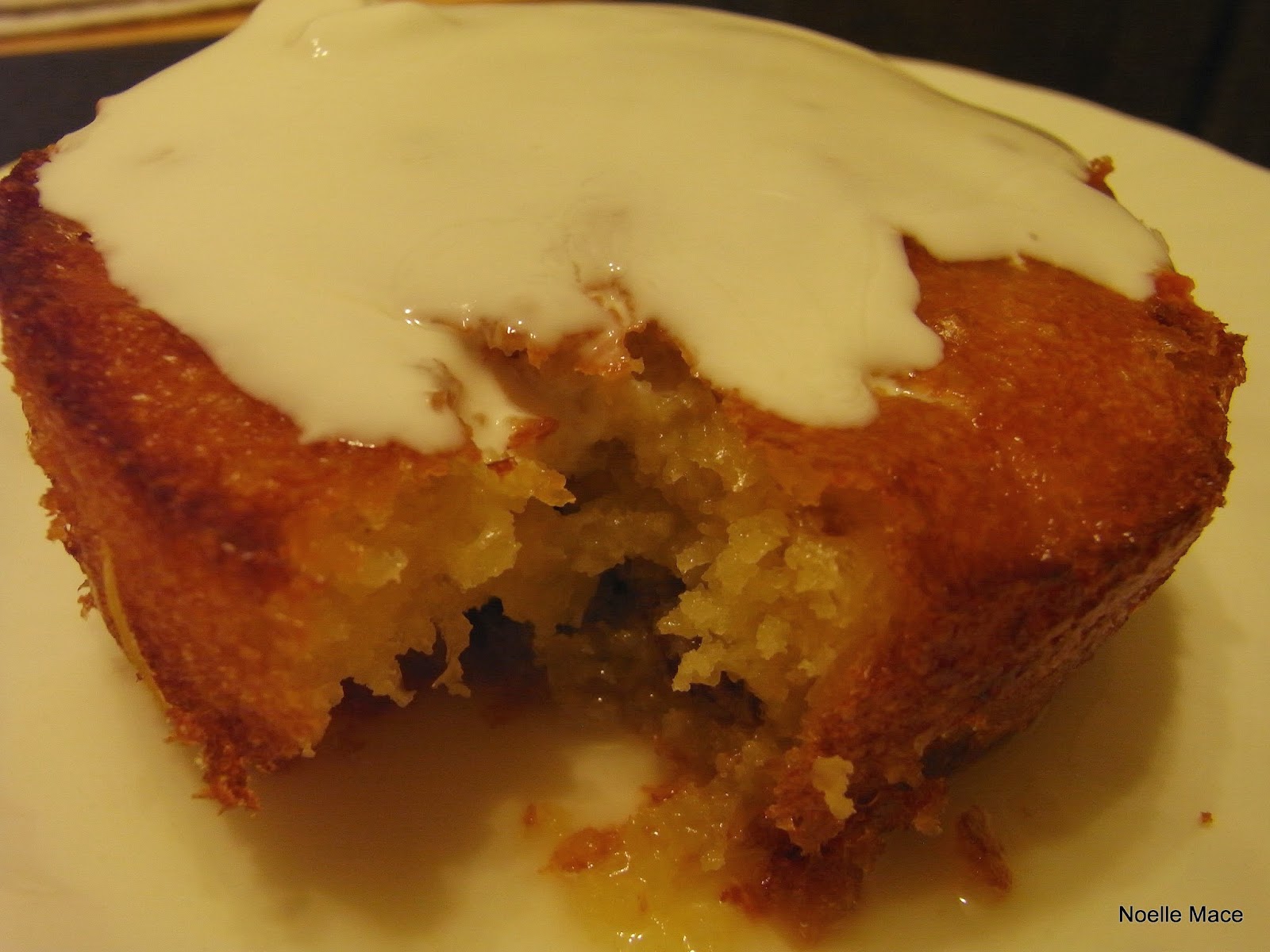 It was sweet of Mr S to suggest that I take one round for Marie Claire.  I too had thought of it, but we decided not to say anything.  I rang to check that she in, they just deposited it, with the suggestion that it be eaten straight away for desert.  About half an hour after I got in, I had this phone call with gushing praise, and when I said that it was Mr S who made it, MC just could not believe it and said she was giving him permission to go onto Masterchef!  MC asked for the recipe.

We've now used quite a few recipes from this book, and there are many more to try out.
Posted by Stasher at 18:36