Radishes and how to prepare them

I heard someone, I think it was Pippa Greenwood on the Gardening Program  on the radio say they did not like radishes.  Well here we do like radishes.  As I can no longer eat tomatoes, they add that certain redness to salads, a crunch too, and a good contrast with other flavours.  Usually we get the small round red ones, but our favourite is the French Breakfast Radish which I used to grow when I had an allotment.  We are lucky to be able to get rather good radishes nearly all year round, thanks to clever producers.  When I used to grow them, once the first lot were used up subsequent sowings usually grew much hotter and sometimes woody, I think they need some shade and lots of water.

We have been getting them from Waitrose, but our local market on Thursdays is also now carrying them.  At the market, the bunches are bigger less well washed, not packaged, but really fresh with great looking greens attached, and not as dear.  I usually go up there early, and have all the vegetables which usually get sold out quickly put by for me, under the bench in my cloth bags in the shade.
The French Breakfast radishes are one of the vegetables which are soon sold out.

A couple of weeks back I picked some up at the Farm Shop by the National Trust Entrance to Charlecote.  They looked nice and fresh, even less washed, so got some ready for the Monday Packed Lunch....those that I sent all came back, as there was half a maggot in the first one!  I tried the rest, cutting them up, and they all ended up in the bin.  We were teetering on the verge of not liking radishes any more.

Last week's batch from the market have to date been perfect, but just in case, today's packed lunch for hubby, had the radishes cut into florets, giving a rather retro look..on a roast beef, potato salad, cress, chick pea and chutney salad. 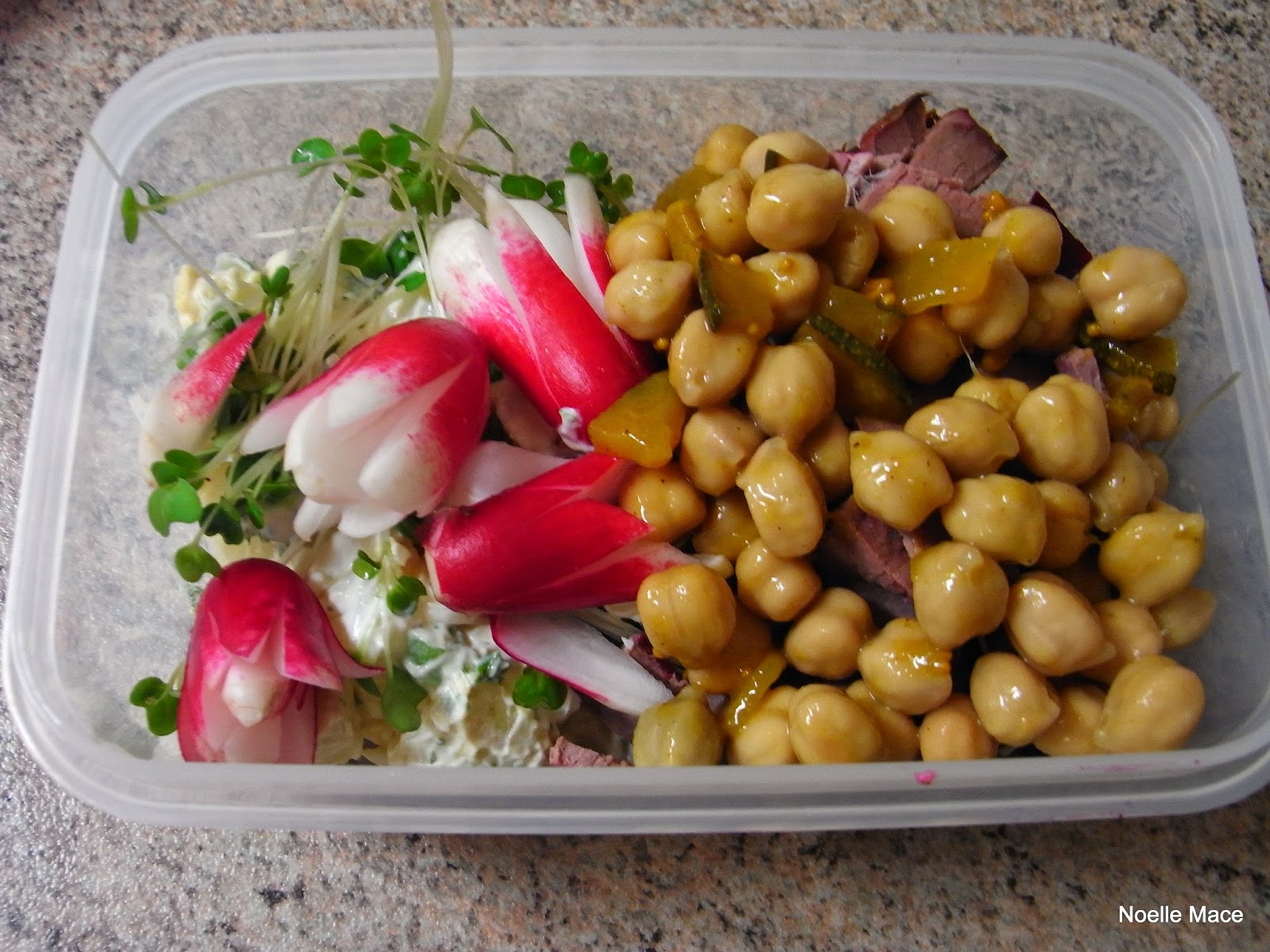 At least preparing them in this way gives me the chance to check the whole radish for maggots, and to see if they are woody or lack luster, as its difficult to weigh up a radish just from its 'coat'.

A recent flavour combination which came up trumps was a mixed salad of iceberg, sliced pear dipped in lemon juice, sliced radishes, and cress, with grilled walnuts and walnut oil.  We had this on the side with a Pasta Dish.